Forest certification is changing people’s livelihoods for the better in the Congo Basin, and CIFOR is bringing evidence of this directly to policy makers and the private sector. Since the 1990s, certification has aimed to promote responsible forest management and reduce forest degradation by ensuring timber is produced according to specific, voluntary, third-party-audited standards. The Forest Stewardship Council (FSC) is the most prominent voluntary certification system dedicated to the promotion of responsible forest management in the tropics.

CIFOR scientists began studying the social impacts of forest certification in Cameroon, Gabon and the Republic of the Congo in 2013. They found that, compared to forest concessions that simply meet legal standards, certified concessions had better working and living conditions around sawmills, including cleaner water, better housing and medical facilities, and less conflicts. 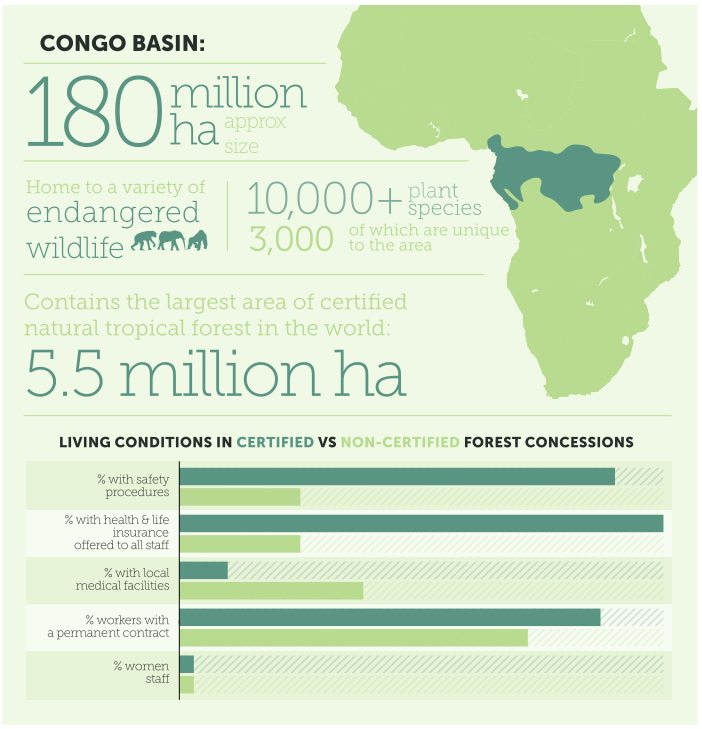 The World Wide Fund for Nature (WWF) co-funded the research, and invited CIFOR scientists Paolo Cerutti and Raphael Tsanga to share the findings with government officials, funders, private companies and civil society in Cameroon, the Netherlands, Republic of Congo, Germany, Belgium, Gabon, Spain, France and Norway. In 2014, the WWF International Forest Team published a response to CIFOR’s study, along with recommendations for greater collaboration among funding agencies, universities and industry to assess the social, economic and ecological impacts of certification.

Later that year, three major players in the forest products value chain – IKEA, Kingfisher and Tetra Pak – contributed to the launch of the Value and Impact Analysis (VIA) Initiative, which is coordinated by ISEAL Alliance, the global membership association for sustainability standards. The Initiative aims to provide businesses that want to have a positive impact on the environment and society with the evidence they need to communicate about such impacts and make their supply chains more sustainable.

CIFOR has been a core member of the VIA Initiative’s Technical Advisory Group (TAG) since its launch in 2015. In 2016, the TAG met several times to start testing methodologies that could help the private sector reach the VIA objectives.

VIA is a very welcome initiative because it tries to link complex on-the-ground logging activities – which historically have had a bad reputation – with end consumers, and it aims to do this in a collaborative way with the private sector, avoiding simplistic messages, and using a solid methodology.

Intact Forest Landscapes (IFLs) are areas of forest and non-forest ecosystems untouched by roads or other significant human activity and large enough to maintain their native species populations. They are critical to storing carbon, harboring biodiversity, regulating water and humidity, and providing other ecosystem functions.

These landscapes are a major concern for the FSC. At its 2014 General Assembly, the FSC’s governing body adopted Motion 65 to confirm its commitment to the protection of IFLs. The motion was overwhelmingly approved by members from economic, social and environmental backgrounds, and was well received by indigenous groups. They praised it as a framework for inclusive decision-making that takes into account both scientific evidence and the needs of forest-dependent communities.

Yet the concept of IFLs needs a lot of work and adaptation to different regions of the world in order to become a reality and to avoid harming the positive effects of certification. Within this framework, CIFOR was invited to join the high-level FSC Intact Forests Landscapes Solutions Forums, held in December 2015 and July 2016 in Bonn, Germany.

Around the table were policy makers, funders, private companies, NGOs and indigenous groups. Based on past and current research on certification and timber value chains, CIFOR stressed the need to consider the local context much more in discussions and definitions of Intact Forest Landscapes, something that tends to be outside the discussions on IFL and logging concessions.

The local context, and in particular who is actually harvesting and trading timber in different countries, is very important because the concept of IFLs and their conservation goes way beyond what logging concessions can do to protect them.

Although the research did not focus specifically on gender issues, the data revealed that both certified and non-certified concessions shared the same low representation of women in timber-related jobs. Both cultural and technical issues explain the lack of women’s integration into the industrial forest sector, but, as Paolo Cerutti explains, “the situation must change because forestry is no longer just the business of chopping down trees, but of sustainably managing a portion of land with its socio-economic and environmental challenges. Companies owning certified concessions should lead by example and actively try to integrate more women into their production and management processes.”

Social impacts of the Forest Stewardship Council certification: An assessment in the Congo basin (2014)

WWF International Forest Team Response to the report - Social impacts of the Forest Stewardship Council certification: An assessment in the Congo Basin, Conducted by CIFOR (2013-2014)

Putting forests and people on the global agenda

The world is gearing up for action on climate change and sustainable development. In 2016, CIFOR research showed how putting landscapes and forests at the fore can promote integrated action with better outcomes for human well-being, equity and the environment.

Stepping up to the new climate and development agenda

Our new ten-year strategy evolved from a deep understanding of the many ways forestry contributes to sustainable development. Our work is grounded by a three-pillar approach that spans six thematic work areas, which are aligned with the UN’s 17 Sustainable Development Goals (SDGs).

CIFOR and the SDGs

CIFOR by the numbers

CIFOR and its partners contribute to the following global processes, frameworks, panels and conventions:

CIFOR launched a set of key performance indicators in 2016 to chart our impact through research, capacity development and engagement, and to measure our operational performance. 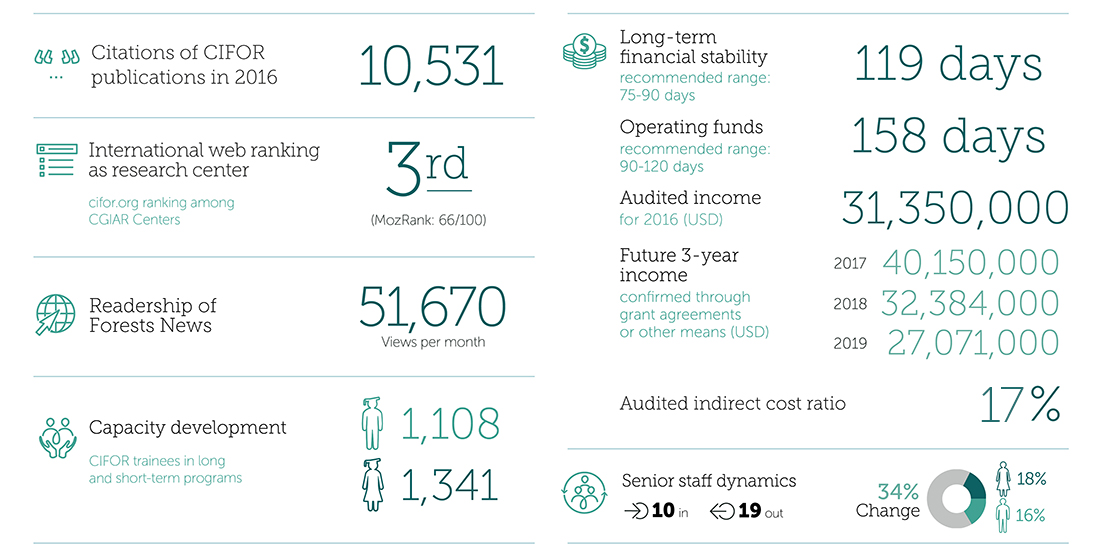 CIFOR takes a rights-based approach to gender equality. Beyond the simple recognition that failing to understand local-level gender dynamics can skew research findings, we ground our work in the idea that all humans deserve an equal opportunity to thrive. Understanding gender dynamics is both a focus of specific research projects and a key aspect in all of CIFOR’s activities.

Things are still framed in terms of women as victims of climate change. This whole stereotyping needs to shift, and we should really focus on gender quality and women's' empowerment as a goal in their own right, not because victims need to be saved

Under the Paris Agreement, countries are ramping up to meet their climate change commitments while also moving toward their Sustainable Development Goal (SDG) targets. CIFOR is working at the nexus of climate change, energy and low-carbon development to deliver integrated ecological, social and economic information to policy makers and practitioner communities in these countries. We also support, with information, analysis and tools, actors working in the international climate policy arena.

A strategy that draws on local knowledge to monitor water across landscapes ...

A map of the world’s carbon-rich wetlands, a REDD+ cost model and a simple tool to compute carbon stocks in different landscapes …

A ‘match made in Paris’ between adaptation and mitigation, tips for better transparency in carbon reporting, and sea level rise in mangroves …

Forest communities have an intimate understanding of their natural resources and can manage them effectively – if they have the rights to their land and gain benefit from forests and trees. Women hold much of this knowledge and, when they are free to make key decisions, can help transform the physical and cultural landscape. And when land and forest tenure laws are clear, local and international investors will help sustainable forest-based enterprises grow.

A forum for indigenous women and land rights

Land rights in mangrove forests, women and REDD+ in Vietnam, and a new book on gender and forests …

CIFOR is working to help countries meet their restoration targets, as momentum builds for the Bonn Challenge, the World Resources Institute Initiative 20×20 and other global plans to restore millions of hectares of forest by 2020. Focusing on two main areas, diversified forest management and forest landscape restoration, this work aims to address factors that help or hinder rural people’s access to forest resources and to find more equitable ways to manage forests for better productivity.

How to reach global goals while meeting local needs

How to reach global goals while meeting local needs

Protecting biodiversity and strengthening capacity in the Congo

Closing the gap between university forestry researchers and local communities …

Tens of millions of rural households in tropical countries gain significant income, food, fuel and shelter from forests. But this fact is often underappreciated or ignored by strict conservation approaches and poverty-reduction policies. This can lead to missed opportunities and unintended consequences that further drive forest loss and undercut rural livelihoods. A better understanding of how forests contribute to human well-being will give policy makers the evidence base they need to make effective decisions that support both forests and people.

Capturing the true value of forests for people

Capturing the true value of forests for people

One billion people worldwide rely to varying degrees on forests for food and income. Wild meat and freshwater fish are essential to the diets of some vulnerable rural communities. And both subsistence and industrial farming systems depend on trees and forests for water and climate regulation, pollination and pest control. As competition for land grows, countries are looking for strategies to lower poverty while building environmental resilience. Landscape approaches have the potential to resolve local challenges and meet national commitments.

Everything you wanted to know about bushmeat

A new website, database and map to track bushmeat research across the tropics ...

The current push by private sector companies, governments and financial services providers to promote and invest in activities that contribute to sustainable development and reduce pressures on forests is driving a transformation in how timber, palm oil, soy, sugar and beef are produced. CIFOR aims to facilitate innovations in public policy, business models, private investments and finance to stimulate the sustainable and inclusive supply of timber from natural and planted forests, enhance sustainable production of high-value tree crops and reduce the impacts of agricultural expansion in forests.

CIFOR advances human well-being, equity and environmental integrity by conducting innovative research, developing partners’ capacity, and actively engaging in dialogue with all stakeholders to inform policies and practices that affect forests and people. CIFOR is a CGIAR Research Center, and leads the CGIAR Research Program on Forests, Trees and Agroforestry (FTA). Our headquarters are in Bogor, Indonesia, with offices in Nairobi, Kenya, Yaounde, Cameroon, and Lima, Peru.

CIFOR is currently a member of these CGIAR Research Programs:

More on CIFOR and THE CGIAR | READ NOW

Partners, Board of Trustees & Finance

CIFOR’s work is possible thanks to the financial support of our Funding Partners and the collaboration of our Strategic Partners. We work closely with a range of local and international organizations and institutions to deliver research projects with the greatest potential impact. 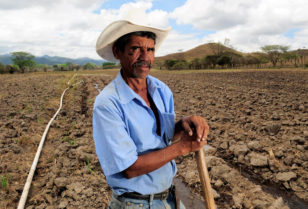 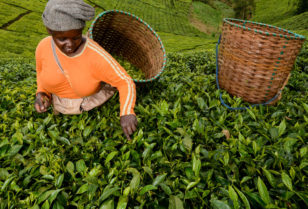 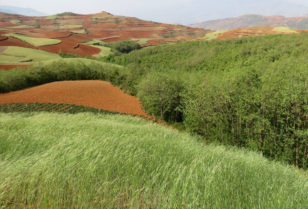 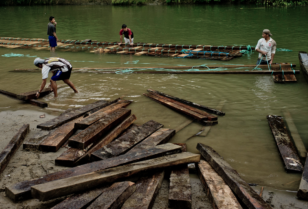 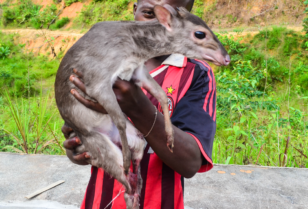 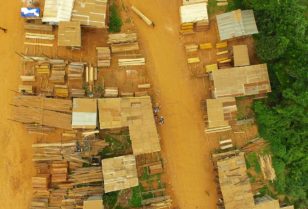 The Center for International Forestry Research (CIFOR) advances human well-being, equity and environmental integrity by conducting innovative research, developing partners’ capacity, and actively engaging in dialogue with all stakeholders to inform policies and practices that affect forests and people. CIFOR is a CGIAR Research Center, and leads the CGIAR Research Program on Forests, Trees and Agroforestry (FTA). Our headquarters are in Bogor, Indonesia, with offices in Nairobi, Kenya, Yaounde, Cameroon, and Lima, Peru.
SHARE TWEET